Okazado, a site to sell or exchange business between teens

Okazado is a new site that offers teens to sell or trade their stuff. Convenient to de-clutter your room while making pocket money! 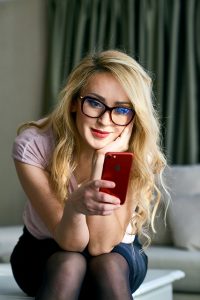 Okazado.com is a new site for exchange and sale of objects between individuals, like the Good Corner for example. But with a small distinction, a clearly targeted audience: young people from 12 to 25 years old.

The idea was born of Arthur, a teenager who wanted to sell and exchange business he no longer used with his friends, through social networks. He spoke to his parents who suggested extending the concept to all teens by creating Okazado. It must be said that Arthur’s father, Jean-Philippe Kobryner, already has the experience of this type of project since he is the founder of Seloger.com. With his wife and accomplice Pascal Légitimus, whose majority of fans are parents of teenagers, they launched Okazado.com.

The site offers many articles referenced through four universes acclaimed by young people :

The deposit of ads is free but if you want to enhance your message by adding photos or appearing at the top of the list, you can then opt for the subscription to the premium formula to € 2.99 per month or VIP 4 , 99 € per month.

The concept has certain advantages for teens and their parents, who make up nearly 80% of site users! Young people see the opportunity to make pocket money by getting rid of toys and objects that no longer interest them while their parents appreciate that their rooms empty a little!
A painless household session for teens that brings them back!